Dr Rita Modi is a well experienced and highly skillful in the treatment of Infertility diseases. She is an IVF specialist. Dr Rita Modi has performed lots of IVF procedures successfully.

Semen Analysis is also known as Sperm Count Test which involves the analysis of health and viability of a man’s sperms. Semen is a fluid containing sperm and it is released during ejaculation. 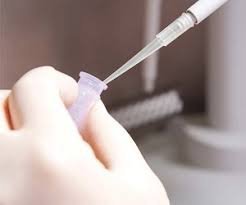 In Semen Analysis three major factors of sperm are measured including:

Based on the results of Semen Analysis Testing, man is given a sperm classification by using the standard terminology including:

Teratozoospermia: This is characterized by the production of a large proportion of sperm which have morphologically abnormal forms.

Azoospermia: Azoospermia is the medical condition of a man whose semen does not contain sperms.

Aspermia: Aspermia is the condition of absence of seminal fluid and sperms upon ejaculation.

Leucocytospermia: In Leucocytospermia condition excess white blood cells (leucocytes) are present in the semen. It has an adverse effect on fertility.

Necrozoospermia: It is a condition in which there is a low percentage of live and a high percentage of immotile spermatozoa in semen. 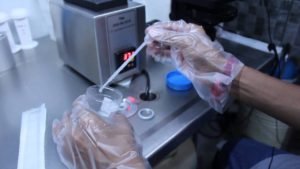 The Sperm Survival test is an essential part of Intro Vitro Fertilization (IVF) treatment. Sperm survival study is very important to assess the change of male sperm motility after long term incubation. It is an advanced assessment test for male infertility issues. Sperm Survival study is very useful and cost effective step in the evaluation of abnormalities present in the man’s semen. 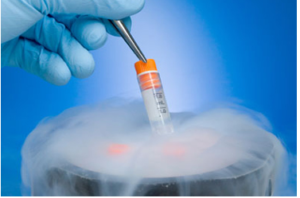 Many tests are developed to measure sperm DNA damage. The Sperm Chromatin Structure Analysis (SCSA) test is the most widely used method. It involves treating sperm with a chemical dye. In this test, broken sperm DNA turns into red color while normal sperm DNA turns into green color. Then sample is passed through a computerized machine to find out ratio of green to red sperm cells for the determination of Fragmentation Index (DFI).

Episona test is an advanced Sperm quality test. It is mainly used to find out quality of sperm. This test is ideal for the evaluation of male infertility. Episona test finds abnormalities in the sperm.

Sperm DNA Fragmentation Tests provide a reliable analysis of sperm DNA integrity which is helpful to identify men who are at risk of failing to initiate a healthy ongoing pregnancy. Information about sperm DNA integrity is also helpful in the clinical diagnosis, management and treatment of male infertility.